INSPIRE #1341: Becoming the Luckiest Person You Know!!! Plus a Guided Attractor Field for Luck and Love Meditation from (Gay Hendricks, Conscious Luck)

Previous Next
INSPIRE #1341: Becoming the Luckiest Person You Know!!! Plus a Guided Attractor Field for Luck and Love Meditation from (Gay Hendricks, Conscious Luck)

If you’ve ever wanted better luck and fortune especially during this interesting time, then do we have the conscious luck show for you.

Today I’ll be talking with Gay Hendricks, best-selling author, transformational leader, the co-founder of the Spiritual Cinema Circle, and the co-author of a brilliant and much-needed read, along with his co-author Carol Klein, “Conscious Luck”

And that’s just what I want to talk with him about today, about 8 secrets to intentionally change your luck and your fortune.

LISTEN TO THE PODCAST BELOW:

OR WATCH THE VIDEO:

Gay Hendricks is a psychologist, writer, and teacher in the field of personal growth, relationships, and body intelligence. He is best known for his work in relationship enhancement and in the development of conscious breathing exercises. After receiving his Ph.D. in psychology from Stanford University in 1974, Hendricks began teaching at the University of Colorado. He spent 21 years at the University of Colorado and became a Full Professor in the Counseling Psychology Department while founding The Hendricks Institute. He conducts workshops with his wife of more than 33 years, Dr. Kathlyn Hendricks. Together they have authored over 35 books. They have appeared on numerous radio and television shows, including an interview with radio host Jean Chatzky.

Hendricks co-founded The Spiritual Cinema Circle with his wife and producer Stephen Simon, and was Executive Producer for the film Zen Noir (2004). He served as producer and writer on the Louise Hay movie, You Can Heal Your Life. In 2011, he partnered with writer Tinker Lindsey to begin the Tenzing Zorbu mystery series, with titles such as The First Rule of Ten and The Second Rule of Ten, which illustrate emotional and spiritual challenges in the life of a fictional ex-monk private detective. A short biopic was made of his life for Polish television, wherein he was portrayed by Canadian actor, Jon Cubbon.

INSPIRE #959: HOW TO DISCOVER YOUR GENIUS & END NEGATIVE THINKING! (Gay Hendricks, PhD, “The Joy Of Genius”)

INSPIRE #581: HOW TO HAVE A HAPPILY EVER AFTER RELATIONSHIP! + Guided Meditation (Kathlyn & Gay Hendricks, “Conscious Loving Ever After”) INSPIRE #1738: Feeling Stuck? Get DIVINE Guidance from BEYOND the VEIL! Michael Sandler Gallery

INSPIRE #1738: Feeling Stuck? Get DIVINE Guidance from BEYOND the VEIL! Michael Sandler

INSPIRE #1728: The SURPRISING Secret to Greater Peace, From the Other Side! (Your Guides Speak!) Michael Sandler Gallery

INSPIRE #1728: The SURPRISING Secret to Greater Peace, From the Other Side! (Your Guides Speak!) Michael Sandler INSPIRE #1726: How to Be an Alchemist! Transform the Energy Coming At You! Michael Sandler Gallery

INSPIRE #1726: How to Be an Alchemist! Transform the Energy Coming At You! Michael Sandler 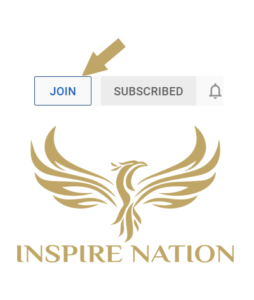